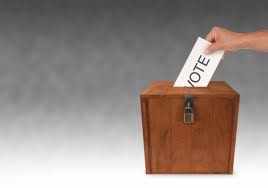 Our suburban community recently completed much-anticipated municipal elections.  Voters turned out in significantly higher numbers than 4 years ago and “regime change” proved to be the order of the day.  Neighborhood residents in the area are probably all happy to have the normally scenic wooded hillsides no longer blocked by the collage of signs with LARGE LAST NAMES and tiny slogans.  But for many, myself included, the intense local campaign season, actually provided a welcome distraction from a befuddling national political scenario.

Feel free to jump to the bottom of this post if you want to get right to some summaries, from one Christian perspective, of what the national parties generally stand for.  But, if you have a moment, perhaps you will want to join me as I try to frame things up…along these lines.

It seems maybe some lessons from the local might help with the national.  Certainly our municipal election was a reminder of the privileges and responsibilities of living in democratic republic like ours.  In fact, although our church is not a massive one, we have close association with two candidates who attend, or have family who attend.  With 12,000 votes cast by residents of our 90,000 population community, one of these candidates squeaked out a win by just 9 votes (still being confirmed in fact).  We get to vote, and our votes do make a difference.  A whole lot of people throughout history, and throughout the world today would not be able to say that.

“Acting locally, and thinking globally” also provides a fresh lens on the biblical teaching that God’s sovereignty always supersedes (could have used another verb starting with a “t” there) human will.  And at the same time there are primary and secondary causes working simultaneously, such that, it is perfectly sound to urge one another to conscientious action and at the same time to prayerful trust in God.

Keeping all that in mind, I do get asked from time to time about my political thoughts.  I am pretty sure the role of pastor is not to play party politics, while simultaneously proclaiming a message of the one King of Kings and Lord of Lords who reigns over all nations and peoples.  However, I also know that Christians are called to seek the good of their city, state, and nation, as well as their world.  That does not happen only through politics, but it can include political involvement.

With that goal in mind, I hope if you’ve read this far you will take some time to click on the following links, which as we approach November, may be helpful summaries for all those who name the name of Christ, and even those who are not sure about such things, to read before we cast a ballot.  My younger sister will probably not be happy that I did not include the Green Party, but beggars can’t be choosers and the Democratic, Republican, and Libertarian were all I could find from this source.

Serve In the Kingdom